You are here: Home / Continents / North America / Costa Rica / Ten Awesome Things to Do in Guanacaste

In the northwest corner of Costa Rica, tucked just under the southern border of Nicaragua, is the province of Guanacaste — a place of volcanoes and rainforests, rivers and beaches, classic colonial architecture and extreme water sports.  Covering almost 4,000 square miles, the province has much to offer visitors; here’s a guide of ten awesome things to do in Guanacaste!

The Beaches of Playa Samara and Playa Santa Teresa

My cousin lived in Costa Rica for a while last year, and these two spots were right at the top of her list for places to chill out and enjoy Guanacaste’s most appealing feature — its beaches.  Surfing, snorkeling, kayaking, and other opportunities abound, and — depending on which beach you choose — you may find yourself surrounded by more Ticos than tourists.

Samara is a 7-km swath of palm-lined beach with a small village next to it, ringing a bay sheltered by a coral reef.  The calm waters are ideal for swimming, snorkeling, and kayaking, while the mild waves make it a great spot to learn how to surf.

Santa Teresa, on the other hand, has some bigger breaks, making it a popular spot for more seasoned surfers.  An up-and-coming spot for holiday seekers, it’s developing at a steady pace.  If the dance parties and crowds on the beach discourage you, head to the northern beach for a quieter experience.

Scuba-diving in the Santa Catalina Islands

A rocky archipelago off of the northwest coast of Costa Rica, the Santa Catalina islands are completely uninhabited — at least by humans.  Below the surface of the waves dwells a medley of sea creatures, including the Pacific giant manta ray.  Other species include other types of rays, sharks, turtles, and even the occasional whale.  For those possessing or hoping to acquire a scuba-diving certification, the Santa Catalina Islands are a perfect playground.

Be sure to watch for devil rays, known for flinging themselves through the air and mimicking flight, if only for a few moments.  Send me a picture if you’re lucky enough to get one!

Get Your Adventure on in Rincon de la Viaje National Park

If you’re tired of the pounding surf and the sandy beaches of Guanacaste, then perhaps it’s time for a trip to Rincon de la Viaje National Park to explore its eponymous cinder cone volcano.  Hike or ride a horse along one of the park’s trails, or get a little more extreme and go tubing in the river, mountain biking in the forests, or swimming in one of the waterfall pools. 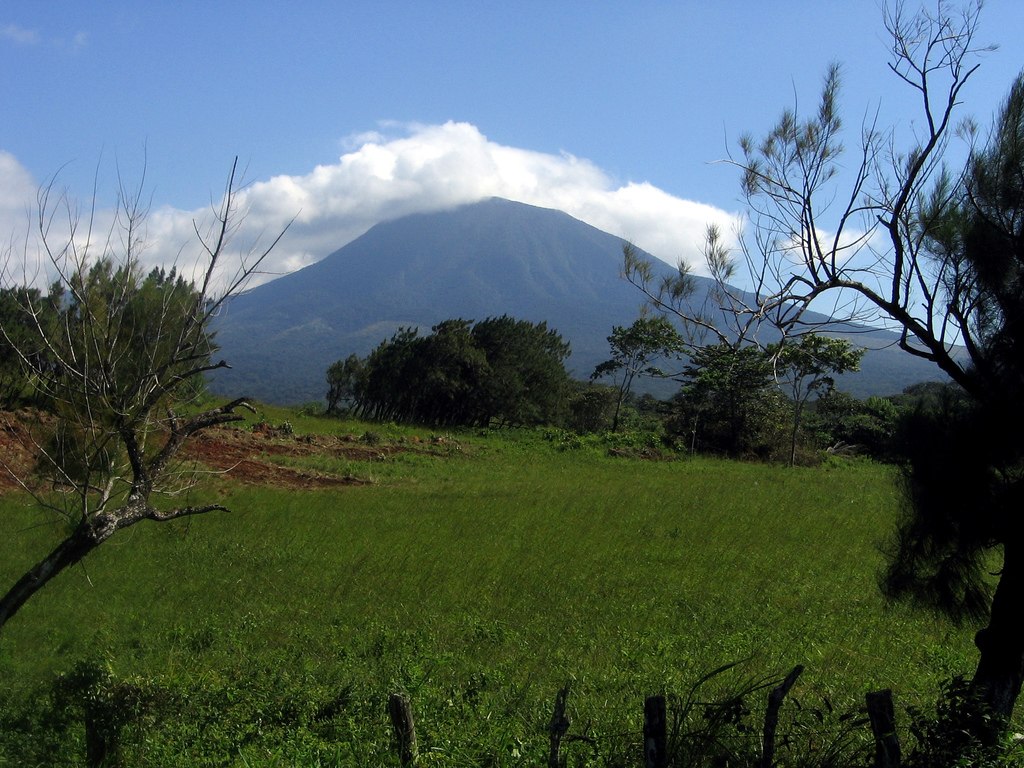 Be sure not to leave the park without soaking in one of the geothermal mud pools.  A perfect treat after a day of exploring the park, the mud baths are sure to leave you feeling relaxed and comfortable, as well as a little slimy.  Just check with park staff or look for a sign to indicate that the pool is safe to soak in.  No one wants a Dante’s Peak moment…

Watch the Crocodile Hunt in Ortega

Are you bored by hunting for candy-filled eggs every Easter?  Then fear not, because the town of Ortega has something just for you.  The Lagarteada — a 200-year-old festival that involves locals referred to as ‘Lizard Men’ wading into the river to lure and trap a crocodile.  Yeah, you read that correctly. 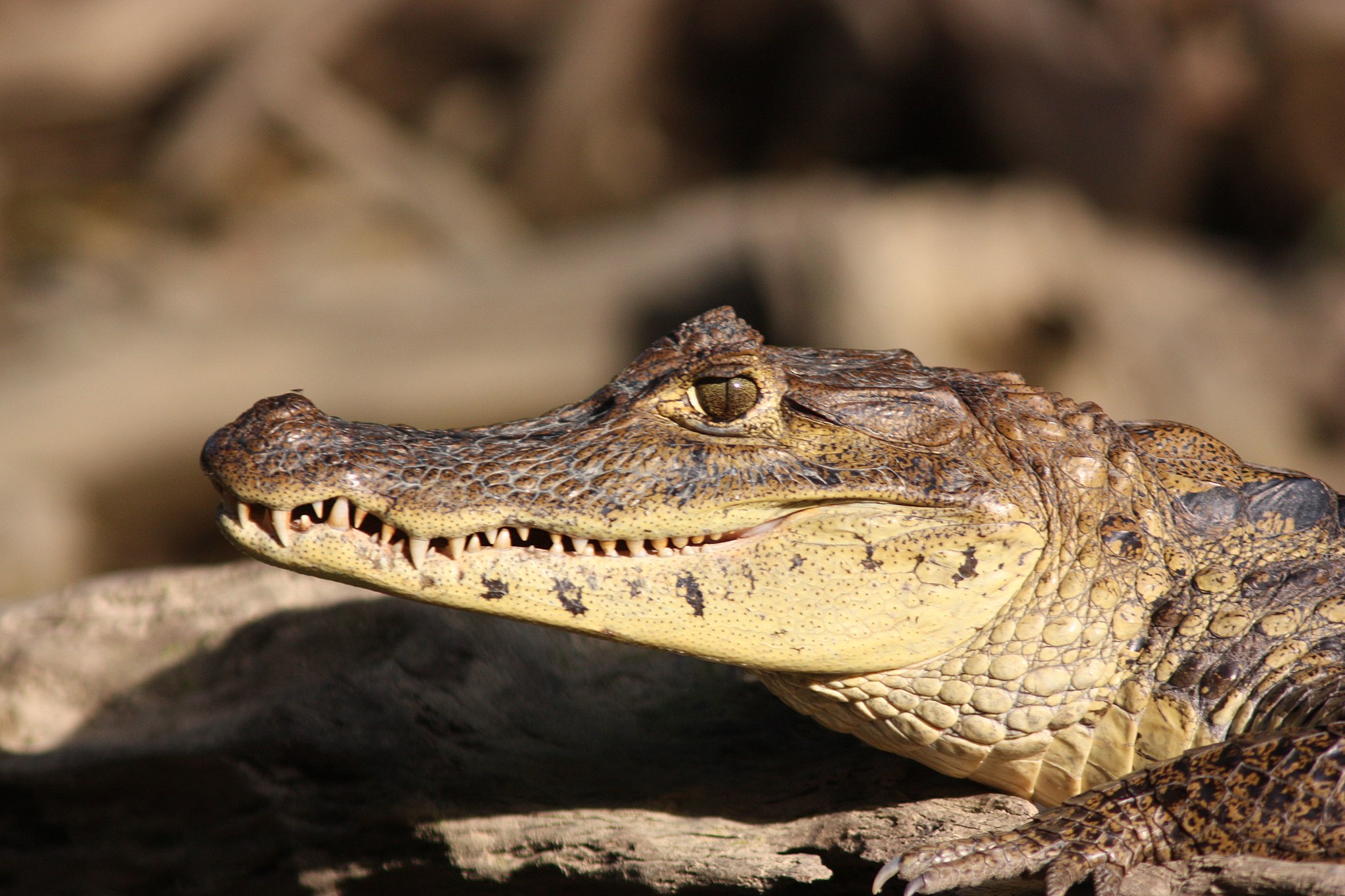 The crocodile isn’t killed but is kept in a pool in the town center until Easter Sunday, when it is released back into the river.   This wasn’t always the case, but Costa Rica’s reputation as an eco-friendly destination hinges on making changes to such traditions, and the festival is monitored by animal rights activists to make sure the crocs aren’t harmed.  That said, they still are accidentally harmed or killed sometimes, so make your own decision on whether or not to attend.

Soak in Costa Rica’s Culture during Culture Week in Liberia

The last week of February is filled with music, events, and color in Liberia — a former colonial hub in the middle of its transition to a tourism center.  Learn about Guanacaste’s folklore and traditions at one of the many events, and don’t forget to watch the sabaneros in action — those are the Costa Rican cowboys!

The usual rules for festivals apply here — keep a close eye on your belongings, don’t be shy about joining in if asked, and eat everything you see.  Absolutely everything!

Every year during the rainy seasons, thousands of sea turtles crawl up out of the ocean to nest on the shores of Ostional Wildlife Refuge.  They dig out a small hollow in the sand and lay their eggs, then cover their future offspring and make their way back to the sea.  It’s a once-in-a-lifetime experience for most, and Ostional is one of the best places to do it!

When you visit, be sure to respect the fragile nature of the place and do not interfere with the turtles in any way.  Do not touch or get too close to them, do not block their path, and absolutely do not pick up any eggs.  It’s also important to only visit the beach with a guide, as guards patrolling the area will stop you if you are walking around alone.

Surf the Waves near Tamarindo

Another recommendation from my cousin, Tamarindo is a touristy destination, but it’s also one of the most stunning beaches in the country AS WELL AS one of the best surf spots.  With surfing, sport fishing, a number of discoteques, and a central location from which to explore Guanacaste, Tamarindo is a beach enthusiast’s daydream!

For those turned off by the bustle and touristy nature of Tamarindo, head to nearby Playa Grande to surf and watch nesting turtles, or to Playa Langosta for a laid-back atmosphere and unspoiled beauty.

Enjoy the Colonial Architecture of Liberia

Liberia has an interesting mix of influences, from the modern infrastructure of a tourism hub to the ‘Wild West’ feel of a frontier town, and finally to the Old European feel of a colonial capital.  Walk through its streets — it’s one of Costa Rica’s oldest towns, after all — and enjoy the white-washed walls topped with bright red tiles.  It’s no wonder the place is known as the White City.

Don’t miss the Iglesia de la Agonia, Liberia’s oldest church and a great example of that colonial architecture.  Check out the Sabaneros Museum as well, if only to prepare for the next item on our list…

Go Horseback Riding with a Sabanero

Horses and the cowboy way of life are crucial to the identity and culture of the Guanacaste region, something which will quickly become apparent as you spend time there.  It’s not uncommon to see sabaneros riding horses along dusty paths, ushering herds of cattle along to other pastures.  There are rodeos in many towns and cities as well — a perfect place to see the sabaneros in action and showing off their skills.

Tourists can ride horses in many of the parks and tourist hot spots in the region, such as Rincon de la Viaje National Park.  For those with more colónes to spend, consider staying on a functioning ranch and spending a few days immersed in the life of a sabanero.

Costa Rican cuisine is downright delicious, with the staples of rice, beans, and vegetables complemented by meat, eggs, and various fruits and salsas from the area.  Casado is an iconic dish that’s served in nearly every family home, with rice, beans, sauteed vegetables, fried plaintains, and your choice of meat.  And let’s not forget gallo pinto, Costa Rica’s favorite dish!  Typically eaten for breakfast, the meal includes a mixture of rice and beans, egg, meat, and fried plaintains, with tortillas on the side.  To top it off, salsa lizano is drizzled over the dish.  Enjoy!

There are countless other dishes to enjoy, such as chicarones, empanadas, and bizcochos.  Like my advice above for festivals, I recommend that you eat everything!

Have you ever been to Guanacaste in Costa Rica?  If so, what did you think?  What other things would you recommend for those interested in visiting?  Leave your  recommendations in the comments below!

Follow Me!
Nathan Anderson
Nathan has been living and working outside of the United States since 2011.During that time, he's visited more than 40 countries, and can usually be found climbing a mountain or trying to get lost in a forest.

Follow Me!
Latest posts by Nathan Anderson (see all)

Nathan has been living and working outside of the United States since 2011. During that time, he's visited more than 40 countries, and can usually be found climbing a mountain or trying to get lost in a forest.

Reasons to Visit Georgia in 2019
Next Post: Which Flight Deals Site is the Best?

What do you think? Tell me! Cancel reply

Hello, my name's Nathan. I've been living a life on the road since October 2011, and have no plans of slowing down. Come along for the ride!

World Nomads is my travel insurance of choice. Planning a trip? Check out their coverage options! You get great rates and help support my site :)